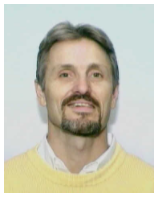 Dr. Burns still calls North Alabama home, living close to the Lincoln Mill Village where his evangelist grandparents lived in the 1940’s. After a US Army, Southeast Asia tour (outstanding rating enlisted man) he graduated summa cum laude from UNA. He finished medical school at USA in Mobile (IMC student of the year) and completed a neuropathology research fellowship year. At Tulane in New Orleans his training in Internal Medicine was selected by the Musser Burch Society of Excellence. He served as Chief Medical Resident and then held faculty positions with Tulane and LSU simultaneously at the 2000 bed Charity Hospital. After finishing his cardiovascular fellowship and New Zealand study, he returned to the Valley to found Huntsville Heart Specialists with Dr. Michael Caruso. With the support of his family, this practice grew to merge with Cardiovascular Associates and founded the current Heart Center. For 3 decades he’s served on numerous hospital committees and 2 decades as cardiac rehab director. Personal evolution of thousands of interventional medicine cases has led him to reestablish Huntsville Heart Specialists with the desire to “live a life you don’t need a vacation from.” He has published medical research and been profiled on medical media with greater than 100,000 video hits. For years he has reached out through lectureships regarding cardiovascular health tips. On a personal note, the Burns family is profiled in aviation (both parents are flight instructors – see Garden & Gun magazine) and his son loves the 1943 Champ. His family’s maritime pursuits produced over 1,000 cruisers for decades as Burns-Craft manufacturing. Socially, his support extends from Cuban Children’s Baseball to North Alabama Law Enforcement. Whatever success he’s attained, it’s been accomplished by standing on the shoulders of the giants of family, friends, and colleagues. Thus today’s goal – to offer great technology in a personal fashion.